The Coronavirus Novel I'm Not Writing

A woman gets herself tested for the COVID-19 and they find something they’ve never seen before in the antibody test.  Re-tested and examined, it turns out her blood holds the key to the cure.  Pharmaceutical companies will pay millions for proprietary rights to that key and they will, of course, disseminate it to the world . . . for a price.  Also, though she will be vastly wealthy, the company will control her blood for the rest of her life, meaning among other things she can only ever be examined by their doctors and any blood test she ever gets for any reason will go through them.

She considers turning it over to the government, for the good of the country and, eventually, the world.  They will pay (way less than a corporation) and they won’t control her blood forever.  But she has deep moral reservations about their politics.  Maybe she could use her cure-blood as leverage, hold it hostage until the government takes some real and permanent steps towards, for instance, improved climate policy.  But should a single person get to dictate policy that will change the course of an entire country?
She could give it to another country, one that seems to be handling things well, one that seems more likely to share without excessive demands.  But doesn't she have an obligation to her country and its people, which exist beyond a transitory government she may not agree with?  What are all the things her country has given her and should she be thinking in those terms?  Should she consider emigrating?  Does she need to?  What does it mean to be a citizen of a country?
How about a non-national, she thinks, like the World Health Organization?  Probably she wouldn’t get paid.  The resources at their disposal might be minuscule compared to a private company, so the cure would likely be slower in coming, but would theoretically be distributed more evenhandedly, or at least without as much consideration for profit.
How does she help the most people as quickly as possible and how much does she consider helping herself?
Posted by Jesse at 9:01 AM No comments: 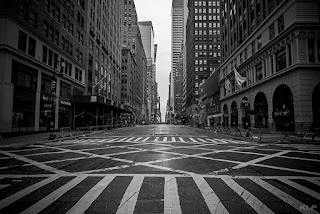 We are not living in a dystopia, though the Coronavirus certainly invites comparison.  Dystopias are about living in an aftermath, dealing with the world after the disaster has happened.  The world is currently working hard to stop the dystopia from setting in (and we will, though exactly how long that will take is hard to say).  This situation is effective, though, for observing how certain powers are meeting the challenge, and also how people are contending with challenges on our own level.
Reading is an excellent way to spend some extra time inside.  I find that reading books which allow me to conceptualize and understand the problem we're facing help the most.  Two books that get right to the heart of things are:
Time out of Joint by Philip K. Dick - For my money, this is Philip K.'s best (no small claim in a field of forty-four novels and one hundred and twenty-one short stories).  While it doesn't appear so at first, this is very much about how higher powers deal with times of crisis.  If you believe the article linked in the second paragraph of this post is about how powerful people try to alter the narrative, or if you believe it's the people who wrote that article that are trying to alter the narrative, Time out of Joint will still resonate for you.
The Plague by Albert Camus - A work of literature that reads like an existential thriller (at times), it has much to say about how people deal -- and fail to deal -- with the particular sort of trouble we're in now.
Maybe you prefer books that get you far away from the problem.  I get it.  If so, have a look at this, instead.
Posted by Jesse at 9:01 AM No comments:

So, when you know a comic artist (Gary Amaro, in this case) and you happen to be in the right place at the right time, maybe you end up behind a bar, serving some mead to Prince Valiant himself.  That's what happened to me in the February 16th, 2020 installment.  Thanks, Gary!
Posted by Jesse at 9:01 AM No comments: 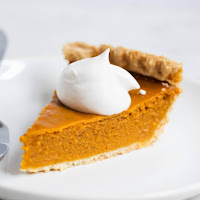 Maybe things are crazier now than they were last year, or maybe not.  The truth is, things are always crazy somehow or other and no matter what side you're on, or if you believe it shouldn't be quite so much about taking sides, normal people just have to muddle through.  We can be thankful for the things that help us do that.  Sometimes they help us escape, sure, but sometimes instead they comfort us by telling us we don't need to escape.
Philip K. Dick wrote about normal people: shopkeepers, farmers, salesmen, teachers.  A lot of his stories were about what happens when these people have a false world swept right out from under them, but some weren't about that.  Maybe the best one that wasn't about it is Dr. Bloodmoney.  The apocalypse has come and gone, but society is putting itself back together, as it does after its catastrophes.  This is about the normal men and women who have to get it done in small and sometimes impossibly big ways.  The villain of the piece may ring uncomfortably -- but also comfortably -- familiar in his obsession.  It's Philip K. Dick, so it gets very, very weird.  And what do the normal people have to do?  Of course, they have to let the weirdness happen, navigate between this side and that side, and muddle through.
It always helps to have a joke on hand, too.  Here's one.
Posted by Jesse at 9:01 AM No comments:

Notes from the Field 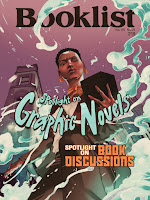 The July Booklist is the graphic novel spotlight issue and features, among many worthwhile things, an interview with me on the subject of comics and graphic novels in school libraries, the evolution of the form and its expansive future.  Have a look right here.