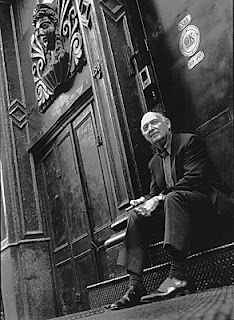 The Idea of Langoliers 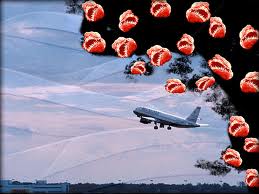 You hear often enough about where ideas come from, but where exactly do they go?  Or, more accurately, where does your memory of where they came from go?  I happened upon The Langoliers the other day, a TV movie based on Stephen King's novella from Four Past Midnight.  I hadn't seen it since its original airing in 1995, but watching it again, a gust of memory blasted out of a dusty, cobwebbed corner of my mind like someone had just opened a window in the attic.
Much of The Langoliers is concerned with a group of people trapped in a familiar place (in this case an airport) that is somehow not quite right.  The signs of what is wrong (things have no taste, there is no smell, flame won't light things on fire) and what eventually proves to be different about the place had a fairly huge impact on me, I realize as I look back.  I never even read the original story, but the ideas in the filmed version stuck with me enough that I built a fairly pivotal segment of Those That Wake from similar building blocks.  That same idea (the Forgotten Places, as I call them in my book) has another crucial part in What We Become.  Incidentally, the Langoliers themselves are a momentously sinister and ghastly monster creation, though rendered in early and somewhat rickety CGI, as well as the most maniacal and lunatic performance of Bronson Pinchot's career (which makes for an odd selling point, I grant you).
It's no big news that we form new ideas from ideas we experience.  I was just struck in this case how those ideas become a current in the giant ebb and flow of our personal rivers and, if we're lucky enough to stumble upon it again, how surprising it can be to rediscover the source.
Posted by Jesse at 9:01 AM No comments:

Labels: Movies, Those That Wake, What We Become

Whether you're a baseball fan or not, it is hard to deny the power of Ernest L. Thayer's Casey at the Bat for capturing a sense of the game's potential for both heroism and tragedy.  An unusual way to experience this grand poem is in picture book form, specifically in Casey at the Bat: A Ballad of the Republic Sung in the Year 1888, illustrated by Christopher Bing.
Bing's illustrations evoke not only the game itself, but the entire time period, as his images are collaged with newspaper clippings and other assorted materials that round out the sense of time and place (all of which are, in fact, illustrated by Bing, mind you).  A standout example of how literature can be adapted and what images can do for words.
Posted by Jesse at 9:01 AM No comments:

On Saturday, June 9th at 4:00 PM running through to Sunday, June 10th at 4:00 PM at Brooklyn Public Library Grand Army Plaza, there will be a twenty-four hour read in to benefit the Brooklyn Public Library system, which is facing another array of horrific budget cuts.  Among the many, many worthwhile readers and notable material, at 10:00 AM on Sunday, there will be a reading/performance of Dr. Seuss's immortal Green Eggs and Ham, featuring a professional actress and me.  I hope to hold up my end, but I can certainly guarantee the quality of my fellow reader and, of course, the unassailable material.   And that's to say nothing of the cause itself.  If you are in the area, please stop by, if not for Green Eggs and Ham, then whenever is convenient.  It runs for a whole twenty-four hours, after all.
For more information about the event, coordinated by Urban Librarian's Unite, have a look at the Save NYC Libraries website.
Posted by Jesse at 9:01 AM No comments: