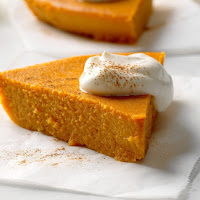 Well, there's still plenty of turmoil in the world, but it's embracing the things we value that helps us get through it.  Hopefully, you have a few big things to be thankful for (for me, it's always about the people in my life).  As in years past, here's a list of some small things that I'm enjoying and that are helping me explore some of my favorite art forms more deeply.

The Man Who Was Thursday by G.K. Chesterton - The world's first conspiracy thriller?  Published in 1908, it's about a poet recruited by Scotland Yard to infiltrate a group of anarchists (the terrorists of the time) and finds himself on their Council of Days, where he comes up against the terrifying man who is Sunday.  It's sinister and hilarious by turns, but flat out nutso from beginning to end.  Centered on dueling philosophies (sometimes literally dueling) and obsessed with disguises (the kind that hide, but also the kind that reveal), the esteemed British author Kingsley Amis called it "the most thrilling book I have ever read."

Mazeworld by Alan Grant and Arthur Ranson - The story of convicted murderer Adam Cadman who is hanged for his crime, only to awaken in the fantasy realm of Mazeworld, where he's forced into battle with dark forces, including the ones he harbors inside himself.  Back on Earth, though, his not-quite-dead body is being carefully studied by dark forces of yet another kind.  The story is epic yet moves at breakneck speed, but it's Ranson's jaw-dropping visuals - gritty, grainy photorealism deepened with tactile surfaces and atmospheric lighting -- that elevates this work.

Room 207 Press - Howard David Ingham's website is a deep analytical dive into many of cinema's greatest cult movies (among other things).  Some of his pieces are trenchant and humorous, like the one on An American Werewolf in London; others are deeply personal and meaningful like the one on Possession.  All of them touch on what lies beneath the stories we see and know, and make an old favorite seem like a new experience

And, of course, don't leave without your free turkey joke.