It is true that Philip K. Dick was well known, perhaps even had the market cornered on the world-isn't-what-it-appears-to-be story in books like Time Out of Joint (to name just one among many). However, another science fiction legend, Robert Heinlein, penned a story that employs this same existential paranoia to great effect. Though mainly known for his trenchant social commentary (as in Stranger in a Strange Land and Starship Troopers), his short story They borrows a page from the philosopher Descartes (he of the seminal "I think therefore I am") and manages to pick apart the details of everyday life - details so common we all tend to dismiss them without thought - and tie them into a sinister conspiracy on such a grand scale, Mr. Dick would have been proud. Along with Mr. Heinlein's own the Unpleasant Profession of Jonathan Hoag, They was a watershed moment in sci-fi and horror literature of the day, changing the course of the genre forever. All in just ten pages.
Posted by Jesse at 9:01 AM 1 comment: 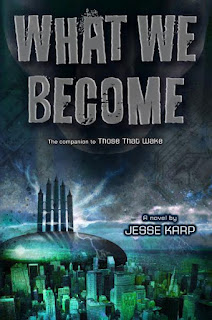 What We Become, the sequel to Those That Wake, will be published February, 2013.  I have seen the lovely advanced reader copy myself and reviews should begin hitting before too long.  The official synopsis goes like this:

Two years ago, teenagers Mal and Laura destroyed a corporate empire intent on controlling human thinking through technology. For a while, life was good. But now a new force has arisen: the Old Man. He’s hungry for power and he knows who holds the key to getting it: Mal. Mal needs his beloved Laura’s help to defeat the Old Man, but is he willing to risk her life in another battle to save humanity? What We Become combines mind-bending thrills with the hot immediacy of corporate greed. It will leave readers wondering who is really in control…

It's available for pre-order here.
Posted by Jesse at 9:01 AM 1 comment:

Ode to a Poignant Avenger

There's not too much left to be said about the Avengers that the two hundred and fifty reviews logged at Rotten Tomatoes haven't covered . . . except for this one thing.  We are not a culture that really embraces the staunch, reliable, stoic hero anymore.  Irony, sentimentality, deep and obvious flaws tend to be the norm for our heroes these days.  Consequently, Captain America does not really come off as the brightest or flashiest hero in the crowd Joss Whedon has assembled.  Chris Evans, who plays the Captain, gives a reigned-in but quite compelling performance in the part (even as he did in his own movie), but I wanted to call attention to one thing in particular.
There is a scene toward the beginning of the film, when Captain America has just been recruited by S.H.I.E.L.D. and is riding on a jet with Clark Gregg's Agent Coulson.  The agent mentions that the Captain's suit has been redesigned since World War II and the hero evinces surprise.  "Aren't the stars and stripes a bit . . . old-fashioned?" he asks.
It's a single line-reading in a very, very big movie, but it captures such a sense of longing in the character, defines him in such a powerful way and brings a heart to the center of the action that is indispensable.  Kudos, of course, to Mr. Penn's and Mr. Whedon's script, but all the more so to Mr. Evans; capturing some poignancy in the midst of such a large-scale spectacle is not very easy.
Posted by Jesse at 9:01 AM No comments:

The Met Gets Graphic

I will be speaking on the subject of comic books and graphic novels in education at the Metropolitan Museum of Art on Saturday, June 16th, from 10:30 AM to 12:30 AM. The event is free with admission but registration is required. If you're interested and are in the area, please come by. For more information, and to register, have a look right here. 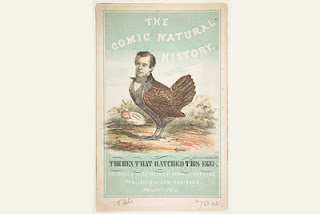 The last time I teased an excerpt from What We Become (the sequel to Those That Wake), due out February 2013, it was on the spare side.  I'm going with something slightly longer this time.  The "he" in the passage below refers to Mal.  The "she" refers to . . . someone else.


“I’m going to take you somewhere safe,” he said.
“And then what?”
“I’m going to get what they want.”
She looked down.  Partially visible, her fragile features held no doubt.
“But you’re not going to give it to them, are you?” she said.
The darkness pressed in on them, held back only by the meager glow of the tiny lamp.
“No.”
Posted by Jesse at 9:01 AM No comments: