Whiplash is an excellent film with an enjoyably unusual subject matter and a criminally under-discussed performance by Miles Teller.  J.K. Simmons, always a top-of-the-line actor, turns in another stand out performance, but his character is by far the flashier and it's Teller's subtle and engaging performance at the heart of the film.
Anyway, the film appears to espouse a philosophy that's worth looking at.  Simmons notes that all his terrifying bluster as a conductor of young musicians has always been to drive them on to greatness, to force them to the brink of destruction so that they can produce the truly great art that changes the world.  Any potential artist that can't take it, he suggests, was never going to be great anyway. A gutturally satisfying outlook on the surface and no doubt true of a limited segment of potential artists in the world, it still denies the idea that there is a burgeoning artistic sensibility that is subtle and delicate and requires slow nurturing to bring it to fruition.  This is the belief that we can only be forged in the fire of the crucible, between hammer and anvil, never honed carefully to pinpoint beauty and perfection.  This feel like a blunt (maybe even dangerous) sentiment that plays to the worst of America's mythology about itself.  That does not, of course, mean that it isn't fitting for the character to say or believe.  Yet the movie does nothing to overtly balance it.  Does it have an obligation to?  Well, that's a whole different question.
Posted by Jesse at 9:01 AM No comments: 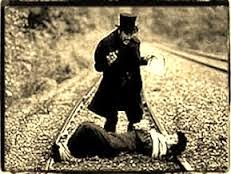 Having previously considered aspects of heroes and antiheroes, I was interested to come across some salient  comments on villains in Chuck Klosterman's literary ode to that cultural and real world type.  In his book of essays I Wear the Black Hat, he notes "in any situation, the villain is the person who knows the most but cares the least."  This applies mainly to your master villains (say, Blofeld or Lex Luthor) and encompasses both the villain's key quality of lacking empathy and also that he has a level of superiority that makes him that much more threatening.  It's interesting to note how well this applies to good fictional villains, but generally does not apply to real life villains.  Most human beings have the benefit of caring about something other than themselves and most villains you're likely to run into in daily life -- a mugger or bully, for instance -- don't gain a sense of threat from their superior knowledge.
He expands his discussion in another essay, talking about a real person (D.B. Cooper) and commenting that "he should be a villain.  But that overlooks the one intangible that makes Americans forgive everything else: superhuman self-assurance . . . Is there anything more attractive than a polite person with limitless self-belief?"  What's most fascinating about this is that it is applicable in both real life and fiction and to both villains and heroes (it's a fitting description of, to name just two, James Bond and Superman), but also points up a great paradox in the human psyche. it makes no accounting whatsoever of either morality or motive, which both seem like they ought to be central arbiters of who and who is not, a villain.
Posted by Jesse at 9:01 AM No comments: Marianne Dreams is a children's novel by Catherine Storr, written in 1958, back when such books were a little denser and maybe a little more merciless.  It tells the story of a ten-year-old English girl who is struck with an unexplained illness and, while confined to bed, draws a picture of a house that she begins dreaming about.  The dreams seem to encourage her to add elements to the picture and, as she does so, the dream world of the house deepens and expands.  And that's merely the beginning.
Though adapted for theater, television (as Escape Into Night) and film (as Paperhouse), Marianne Dreams seems to remain somewhat obscure to mainstream readers.  Possibly this has something to do with its tone, which must have caught readers somewhat off guard back when it was first published.  It is thick with an eerie atmosphere and an uneasy sense of foreboding that is still distinctive in the world of children's literature.  A fascinating walk off the beaten path for adventurous younger readers, it should also prove quite an unusual treat for adult readers whose tastes run toward the ethereally macabre.
Posted by Jesse at 9:01 AM No comments: 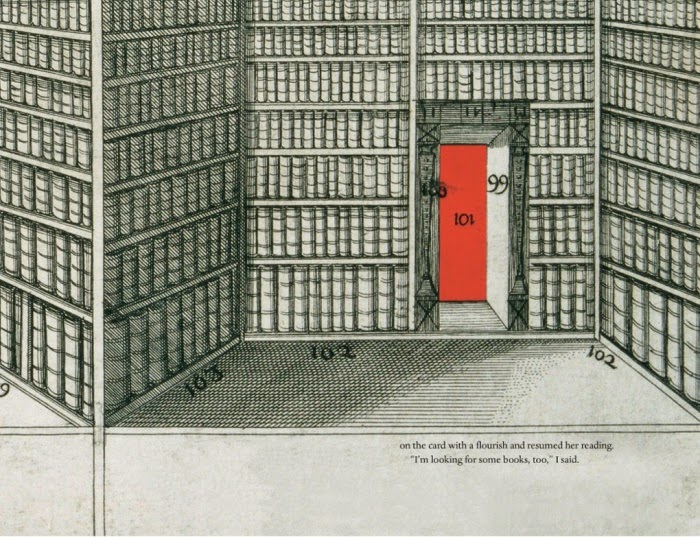 As a librarian, it's always fun to see unusual depictions of libraries in literature.  A recent, and particularly delightful example, is in Haruki Murakami's  The Strange Library, a characteristically lyrical and bizarre work that features the following passage, sure to delight librarians across the world.

"Don't you think that's awfully cruel?" I asked . . .
"But, hey, this kind of thing's going on in libraries everywhere, you know.  More or less, that is."
This news staggered me.  "Libraries everywhere?" I stammered.
"If all they did was lend out knowledge for free, what would the payoff be for them?"
"But that doesn't give them the right to saw off the tops of people's heads and eat their brains.  Don't you think that's going a bit too far?"