About What We Become, Kiss the Book said "I never felt like I had to go back and catch up to enjoy what I was reading – and that is a rare thing with so many sequels."
Posted by Jesse at 9:01 AM No comments: 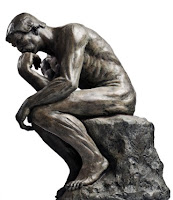 I was on an author panel a few weeks ago and someone asked the question "how do you decide what to write next?"  There are a number of factors that go into this (a good idea for a story really helps, for instance) but a crucial element, and my answer to the question was, I write a story because a feel like I have something important I need to say in it.  We are in an era when more and more of our stories are about escaping what is going on in our lives and in the world, and God knows, there's plenty a person wouldn't want to think about these days.  But doesn't that mean that our stories should make us think about the world more carefully rather than less?  Shouldn't our stories make us consider things in a new way that could -- oh, I don't know -- help make the world better?
Star Trek always tried to do that.  Star Trek Into Darkness gets some things right (charming performances and strong characterizations) and some things wrong (it draws on only a single Star Trek "text" as its entire inspiration -- spoiler alert: don't click on the last link if you don't want to know what that text is).  But it's about something, something that is directly relevant to the world we live in.  Whether you leave the theater thrilled with all the fun you've had or frustrated by its flaws, at least it offers you something important to consider, if you choose to.  And that's Star Trek.
Posted by Jesse at 9:01 AM No comments:

Phillip Pullman, author of the His Dark Materials Trilogy, said "after nourishment, shelter and companionship, stories are the thing we need most in the world."
This one doesn't feel like it requires any further comment.
Posted by Jesse at 9:01 AM No comments:

Here is everything the world needs to know about librarians and libraries. 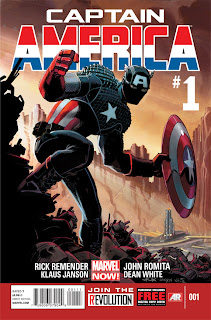 Captain America is hitting a high-water mark in its history with the current run by writer Rick Remender and artist John Romita, Jr.  They have taken the Captain out of his standard mileu and dropped him into the utterly bonkers Dimension Z.  As weird as it is, this bizarre, monster-infested, war-torn environment is proving ideal for exploring the character's greatest strength, namely, his ironclad refusal to ever lay down and die.  This has always been Captain America's defining and most compelling characteristic, and Mr. Remender takes us even deeper into the formation of this extraordinary willpower by exploring the character's early history in greater detail than ever before.  Meanwhile, Mr. Romtia Jr.'s artwork captures the terror of Dimension Z, even as it evokes the desperate but more innocent days of the Depression for the flashback sequences.  Despite the fact that he is the son of John Romita (one of the industry's defining talents), Mr. Romita, Jr. captures the dynamisim of Jack Kirby unlike any other artist working today (which is particularly appropriate for this run, which is itself an homage to the King's 1970's work on the character).
The first arc of this series will be collected in June, but in the meantime, individual issues arrive monthly at your local comic store and are well worth a read.
Posted by Jesse at 9:01 AM No comments: