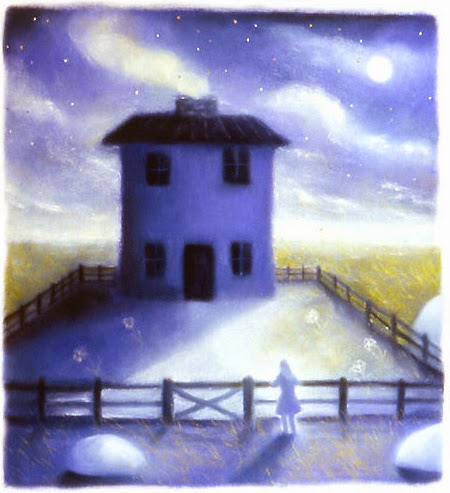 Marianne Dreams is a children's novel by Catherine Storr, written in 1958, back when such books were a little denser and maybe a little more merciless.  It tells the story of a ten-year-old English girl who is struck with an unexplained illness and, while confined to bed, draws a picture of a house that she begins dreaming about.  The dreams seem to encourage her to add elements to the picture and, as she does so, the dream world of the house deepens and expands.  And that's merely the beginning.
Though adapted for theater, television (as Escape Into Night) and film (as Paperhouse), Marianne Dreams seems to remain somewhat obscure to mainstream readers.  Possibly this has something to do with its tone, which must have caught readers somewhat off guard back when it was first published.  It is thick with an eerie atmosphere and an uneasy sense of foreboding that is still distinctive in the world of children's literature.  A fascinating walk off the beaten path for adventurous younger readers, it should also prove quite an unusual treat for adult readers whose tastes run toward the ethereally macabre.
Posted by Jesse at 9:01 AM