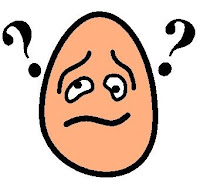 Notes have come back for the second draft (discussed here) of the sequel to Those That Wake and they boil down to this: it’s still too confusing.  The trouble appears to be an element carried over from Those That Wake, which was apparently the cause of some confusion there, as well.  The villain of Those That Wake, Man in Suit, was going to return in a very different form in the sequel (still, at least for the time being, tilted the Unmade Man).  Man in Suit’s new form was going to serve as a glue that would hold many pieces of the second book together, not just in a narrative sense, but also thematically.
Jason is convinced, however, that the concept is too confusing and he has convinced me, as well.  So, the problem: how to hold the narrative together and support the pertinent themes without having to rewrite the book from chapter one?  A fantasy element is required to do this heavy narrative lifting, but simply adding another fantasy element  into the sequel that is not already established may be one fantasy element too many.  I am, after all, trying to maintain a certain level of realism.  I am looking, then, for a fantasy element that already exists in the sequel that can be stretched and slightly reshaped to accommodate the new narrative responsibilities.
Clearly, we are not at the nitty-gritty stages of editing yet and large, sweeping issues must be addressed.  I do not have the answer yet, but a few ideas are pinging around my head.  Once I’ve got a solid shape for them, I will write a detailed outline and give it to Jason for more comments.  Only after we’ve hashed that out will I begin on a third draft, which will hopefully lead us out of the large, sweeping issues and into the nitty gritty.  While it's not tapping its foot impatiently yet, my deadline is on its way down the street to knock politely at the door.
Posted by Jesse at 9:01 AM