The Sound of Independents

Among the many things serving on the Eisner committee has afforded me, the opportunity to read comics I don't usually find my way to has proven the most valuable thus far.  I was never a huge reader of independent comics -- I'd read my share and I know the standards, but like many mainstream superhero fans (I assume), I just didn't tend to find my way back to them very often.  Well, having read a slew of them over the last few weeks, I was bowled over by the talent, the narrative gambles, the unique aesthetic and the distinctive tones lurking between those covers. 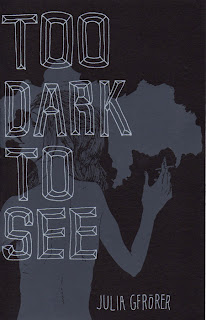 While superhero comics tend to concentrate on the extreme, exaggerating situations and personalities to create their drama and energy, indie comics create drama by finding the extraordinary within the mundane, as in Adrian Tomine's Optic Nerve 12, in which a gardener pursues his dream of creating "hortisculpture" at a huge social price.  Sometimes the indies use the extraordinary to highlight the drama of everyday emotions and situations, like in Julia Gforer's Too Dark to See, in which a succubus (or . . . something) sows the seeds of destruction in a normal relationship, or in Michael DeForge's Lose #3, in which the trials of a forlorn and recently divorced father is played out against the backdrop of a post-apocalyptic world inhabited by dogs.
Sometimes it's hard to hear the quiet sound of a heartfelt conversation over all the superheroes punching each other and the zombies chomping on people's brains, but it turns out it might be worth listening to.
Posted by Jesse at 9:01 AM