Art on the Mind

The Brooklyn Book Festival is hosting a discussion about comics and education on September 22nd.  What promises to be a worthwhile event given only on the subject matter becomes an unmissable opportunity based on some of the people involved, including Francois Mouly and Gene Yang, two luminaries of the sequential art world.
Here's the official rundown:

For more information about the festival, have a look here.  If you're in the area, this promises to be a deep and rewarding talk. 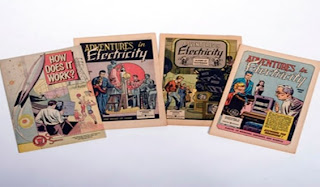