Wanting the 4th of July to mean something other than fireworks and ice cream to my daughters, one eleven and the other nine, we got down to the nitty-gritty of democracy like this: 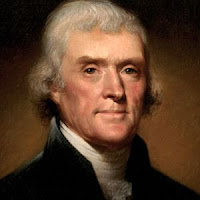 Two hundred and thirty-nine years ago, there was this little kid.  Like all kids, this kid was made up mostly of its parents' thoughts and feelings and stuff.  But this little kid actually managed to say to its parent "everything you and all the other grown ups thought about how things work for the last two to three thousand years, everything you believed and knew and worked from, was actually wrong.  I know I'm a little kid and you never listen to me, but there you go."
Looking back on all this civilization throughout history, what's wrong with it?  The answer is the rallying cry of my girls, of all children everywhere whenever confronted with injustice, a phrase so familiar that in many ways it lost its larger meaning:
It's not fair.
It doesn't just apply to which sister gets to stay up later.   It's the motivator for all of democracy, too.  We were just trying to make things fair.
My daughters thought that wasn't quite as boring as all the other stuff we'd said to them.