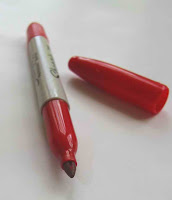 The third draft of the sequel to Those That Wake (still, much to my surprise, tentatively titled The Unmade Man) has come back with notes from Jason.  With one exception, the notes this time are more specific and will require less of an overhaul of the entire manuscript.  We have not reached the nitpicking stage by a long shot, but we do seem to be out of the defining what we're doing stage.
So, notes this time include:
1. Slightly altering the backstory of a new character who has close ties to Mal and more clearly defining her feelings towards Mal at the beginning of the book.
2. Delineating Laura's problem at the beginning of the book so that it plays up one of the books major themes relating to how we define ourselves as people.
3. Sharpening the atmosphere through which we view the future New York City, which has changed in what I'm hoping is a surprising way since the first book.
The one exception I mentioned in the first paragraph, I'm sorry to say, still pertains to a central element of the narrative that needs more simplifying/streamlining.  That's a more daunting issue than the others and it sure makes you feel the weight of that deadline pressing down (a month and a half from today).
It's worth noting that all of the editing here and that has gone before is being done with my agent Jason at this point.  The manuscript has yet to be turned into my actual editor at Houghton Mifflin Harcourt.
Posted by Jesse at 9:09 AM